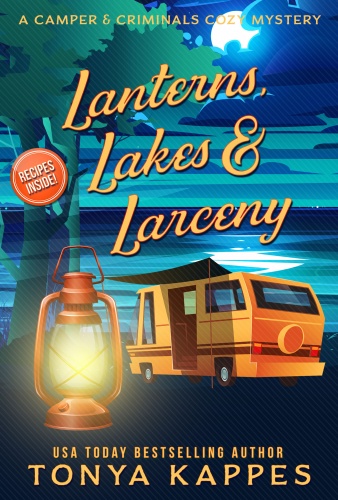 Over the past few months my love life has been on what you’d call a slippery slope. Just this past week I’d resigned to the fact that me and Hank Sharp was caput! Done with. No more!

And when I got a phone call during Bobby Ray’s meeting with his birth mother from Hank, I felt like I was wrapped up between a nightmare and a dream.
Let me cut to the chase.
Hank’s best friend Jerry Truman is a local private investigator and he’s got a HUGE case that includes a dead body. Of course I’ve not stuck my nose in it because honestly it has nothing to do with me. Those are the kinda murders I like, but now that Hank has told me he’s back and helping Jerry, and get this…they need me to use my sleuthing skills to help them, it’s now my business.
One, because I love to snoop and two because by the sound of things, Hank Sharp misses me as much as I miss him.
You see, this case will be a double win!
At least that’s what I thought until I’m the one staring into the barrel of a shot gun when I found out a little too much information. 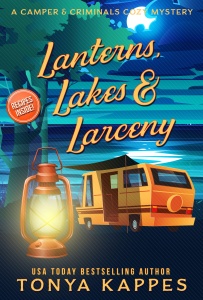 Chapter One
I’d never truly understand what it mean when Mary Elizabeth would say when I got my licenses, many moons ago, that I drove like a bat out of hell until today.
After a very long day where I not only found myself at the hands of a killer, but I’d also just met my foster-adoptive brother, Bobby Ray Bonds, birth mother when Hank Sharp, my ex-boyfriend and ex sheriff, had called to tell me he was back in town.
Did I mention he followed that up with a I miss you? So yeah. I drove to Happy Trails Campground to meet up with him, like a bat out of hell.
“Hank?” I called through the dusty screen door of a fifth wheel camper that was different than his last one.
He turned around, a little scruffier than the last time I’d seen him. He had a smile on his face underneath the beard and mustache, a couple of other things he didn’t have the last time I’d seen him.
“I hope you don’t mind, I took my camper lot back.” His beautiful green eyes danced. Those he did have the last time I’d seen him. “Can I ask you to come in?”
“Sure.” I was hesitant. Not sure how to feel. “New camper?”
“Nah. I just got a good deal on it and traded up,” his southern drawl was deep and left the words strung out.
On the phone when he said he missed me, did he mean like miss me or just miss me. You knew the difference.
“I just put on some coffee.” He pushed the little screen door handle down and the door popped open, so did Chester, his dog. “Chester!”
He bounded out of the camper before I could even go inside. I bent down and he butted me so hard, I fell on my hinny to which he took the opportunity to give me a lot of kisses.
“I guess he missed you too.” Hank too had stepped outside.
“I missed you guys.” I played it up as no big deal.
“Huh, good to know.” Hank put up his finger. “Let me get us a coffee and do you think Chester could see Fifi?”
“I’m sure we can arrange it.” I didn’t tell him how I’d gone hiking a few months ago and when we’d found his lot down in Soggy Bottom, Fifi went crazy sniffing for Chester after she’d picked up the scent he’d left behind. I also left out the fact that we’d watched him drive off until the tail lights were no longer visible.
“Here you go.” His fingers grazed mine.
My heart ticked faster, I sucked in a couple of quick breaths.
“You okay?” He asked, his deep southern accent curled my toes.
“I’m good.” Instead of telling him how I’d once again got myself into a very dangerous situation just a few hours ago, I just went with how I felt in this moment.
Actually I was great. Fantastic really. Even if we were broken up, I’d much rather him live here in my campground in the heart of the Daniel Boone National Forest instead of way across the state as a ranger at Mammoth Cave.
“You?” Carefully I sipped the hot coffee as we walked towards my little campervan I called home.
“Obviously since I’m back I had a few things I needed to work out.” He kept his eyes forward and drank his coffee. “I didn’t like the new position. Jerry Truman continued to call me about one of his cases and kept begging me to join him, so after saving a few people from cave spelunking, I took Jerry up on his offer.”
I bit my tongue so I didn’t say anything. Though I wanted to scream for joy at the top of my lungs.
“That’s where we need your help.” First the beard, now his asking me for help really did knock me out of my socks.
“Yeah. Of course.” I wanted to gloat and say well you mean to tell me that after years of you begging me to stop snooping around, meddlin’ in other people’s business you know need my help? “What’s up?”
We stopped in front of my campervan. Fifi was already yipping inside. No doubt she could smell Chester.
Chester howled back.
Hank and I both laughed. Though he looked like a grizzly Adams, his black hair, white teeth and gorgeous eyes told me he was right here.
“Fifi!” Hank bent down to pat her.
She darted past him and immediately Fifi and Chester darted off, running down the campground road and making their way around the lake until Chester chased her to the other side. Fifi jumped in the lake knowing Chester would never follow her in. She was right.
Chester stood at the edge of the water howling his little lungs out, tail wagging.
“Just like a woman. Poor Chester.” Hank made a joke, but I wondered if it was really aimed at me.
“When are you going to shave that thing off?” I asked and reached over to give it a little tug.
“I was told women like a good beard.” He winked. “I’d love to try it out on you.” He leaned in a little
“You would?” I questioned and leaned closer, our lips touched. My heart dropped. My body tingled, even my hair.
“Maybelline Grant West!” Dottie Swaggert, Happy Trails Campground manager, squealed. “What is he doing here? You git! Git out of here!” Smoke rolled out of her mouth and trailed behind her cigarette as she waved her hands in the air. 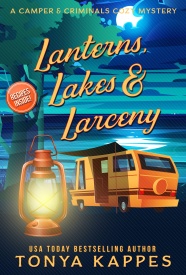