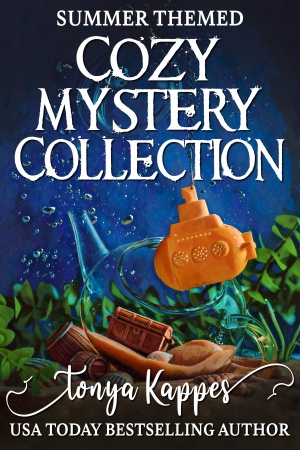 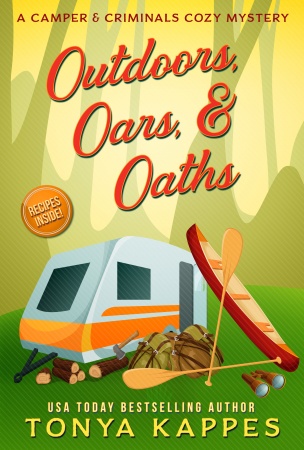 Grab a Cup with Tonya:

🌞 Summer Themed Collection on Sale This Weekend Only- Celebrating Summer 🌞 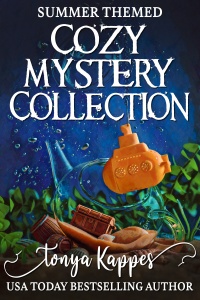 YES! The first day of summer is on Sunday! I’m super excited to give y’all FOR THE FIRST TIME 8 cozy mysteries set in summertime! How fun is that??? AND the entire box set is on sale this weekend only for .99!! That’s over 400,000 words and over 1600 pages for fun southern cozy mysteries!!

Have a wonderful weekend! ~ Tonya

Here are the eight books included in the box set:

Grab you flip flops, sunglasses, and a big ole glass of sweet iced tea to welcome in the summer by escaping into the 8 FULL-LENGTH cozy mystery collection of summertime novels!
Enjoy over 40,000 pages of southern hospitality with a smidgen of homicide.

Splitsville
Splitsville is more than Olivia Davis ever dreamed of when she launched the online break up service where she does the dirty work. It helps her keep a job because she has a gift no one understands. When one of her clients shows up dead, the trail leads back to her. It’s time to use her gift to figure out who the killer is and who’s trying to set her up.
A Charming Spell
As newly elected Village President of the magical village, June Heal has the final decision to allow the opening of Ever After Books, plus try to make Oscar Park a potion so he remembers who he is and his heart belongs to her. When one of the Spiritualist turns up dead and Oscar Park is falling in love with someone else, June has her hands full trying to solve a murder and fix her love life.
Checkered Thief
The heist king blackmails Laurel into believing Laurel’s long time best friend, Derek Smitherman, will be on the other end of the vigilante gun if she doesn’t help in stealing the money using her history of petty crime. She will stop at nothing to prove Derek’s innocence.
Betting Off Dead
Gambling on horse racing is Kentucky’s number one sport but when Kentucky Derby
Thoroughbred picked to win the Derby, Rails and Nails, ends up poisoned, SKUL special agent Mick Jasper and rookie witch Maggie Park, who keeps her witch powers a secret, are called in to investigate a world of illegal gambling where a run for the roses can prove to be deadly.
Mocha and Murder
Roxy becomes entangled in another murder as she puts her sleuthing skills to work in order to prove that Louise Carlton didn’t kill Fred Hill over a pet adoption gone wrong. After all, if Louise goes to jail, who is going to find all the animals at Pet Palace a home.
Forests, Fishing, & Forgery
It’s Labor Day weekend in Normal and Happy Trails Campground is at the center of a murder in which campers as well locals are suspects. It looks likely that a local resident is responsible for the dastardly deed since the victim is the one person who had the power to shut down the national park, which would be devastating to Normal’s small businesses.
A Ghostly Suspect
Debbie Dually is the one who informed Emma Lee that she wasn’t crazy, she was a Betweener, someone who can communicate with ghosts with the not so dearly departed. In fact, she told Emma Lee how she was the only one that could help solve their murder to help them rest in eternal peace.
This time Debbie Dually finds herself needing Emma’s help. This means solving her own murder.
Emma goes deep undercover as a fake psychic in order to see into the past and help Debbie cross over.
Return To Sender
Bernie tries to deliver a return to sender package and a certified letter to a local man and finds him dead.
When the death turns up suspicious, Bernie uses her amateur sleuthing skills along with the gossipy help of the Front Porch Ladies to cross reference who exactly in their small southern town stamped out the victim. 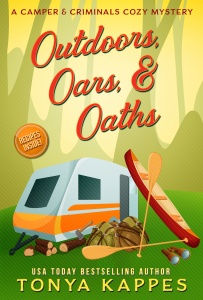 “Stanley?” You could’ve knocked all my teeth out, and I wouldn’t’ve been as shocked as I was this very moment

Oh my goodness! Mae is kicking some youknowhat!!! What do you think about the sneak peek? Let me know!