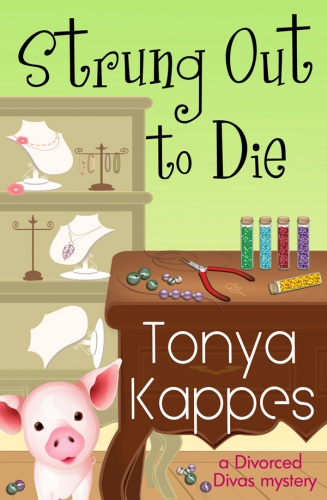 Holly Harper’s life is finally getting back on the right track after her divorce from “what’s his name.” She and a group of divorcees have formed a strong bond plotting creative ways to get back at their exes and created a self-help group known as The Divorced Divas where their meetings are held in Holly’s bead store, The Beaded Dragonfly.

It’s no secret that Holly’s ex husband, Sean Harper, and the wealthiest bachelor in Swanee, Doug Sloan, don’t get along because Sean is constantly fixing all of Doug’s shoddy handy man work. Plus all the Divas would love to get their claws in some of Doug’s money.

When Doug ends up dead on the floor of The Beaded Dragonfly with a string of cat eye beads around his neck, it’s up to Holly to figure out whose framing her.