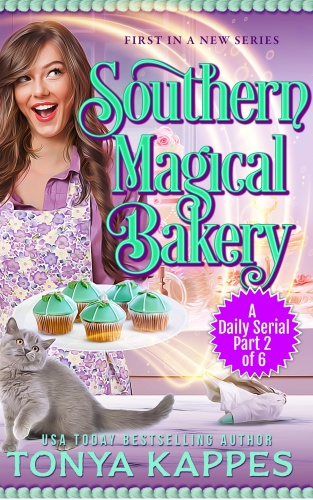 Part of the Southern Magical Mystery

Have you missed the Magical Cures Mystery Series?
You don’t want to miss this new series from USA TODAY Bestselling Author where the characters you loved so much in the Magical Cures Mystery Series will be secondary characters as Lo Heal Park, the daughter of June Heal and Oscar Park, learns to find her own footing as she steps into her adulthood with her own story to live and to tell!
The Southern Magical Bakery is a serial, which means the story is told in several parts.
Part 1 novella is a month’s worth of daily segments for a month of segments.
Part 2 will be the next segments of the story and released in August.
Part 3 will be released in September.
Part 4 will be released in October.
Part 5 will be released in November.
The final part and tie of up the mystery is part 6 and will be released in December.
Think of this series as a television show, the kind we used to watch when a new part of the show was released each week.
This isn’t a new concept. In fact, it goes back as far as Charles Dickinson when his stories were released weekly in newspapers.

Part of the Southern Magical Mystery 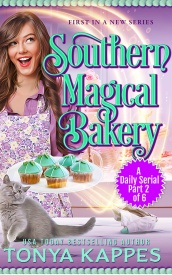